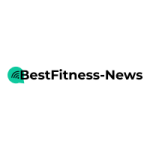 After dabbling in the gym for a while and packing on some long-sought-after noob gains, you picked up on somewhat of a trend: heavy barbells + high intensity = sheer mass.

In fact, us lumping the terms “calisthenics” and “Greek God physique” together in the same title probably triggered some skepticism.

There’s no way in hell you can look like a Greek God with little more than your body weight, right?

We hate to break it to you, but you’d be both incorrect and naive.

Now, let’s talk about the link between calisthenics and the Greek God physique & how the Ancient Grecian warriors used bodyweight exercises to reach peak athleticism.

What is a Greek God Physique?

If you’re a fan of ancient lore and mythology, you’re likely a pseudo-expert in Ancient Greece.

Either way, here’s a crash course:

Greek mythology features 12 “Olympian” Gods that controlled the planet from the towering Mount Olympus, each one representing an essential area of life (ex: beauty, wisdom, pleasure).

Among the Gods include Zeus, Apollo, and Dionysus, who all shared one thing in common: intimidating, well-sculpted, and athletic physiques.

The concept of the “Greek God physique” took on a brand new meaning in the 1800s, when Prussian bodybuilder Eugen Sandow (the “Father” of bodybuilding) entered the scene.

With a measuring tape in tow, he visited local art museums to measure the physical proportions of classic Greek sculptures representing the Gods. The perfect Greek God physique will feature:

Now, it’s hard to eyeball or imagine exact measurements and how you compare. If you’re having trouble, Google Frank Zane, Steve Reeves, or Serge Nubret.

Did the Greeks Do Calisthenics?

Not only did the Ancient Greeks do calisthenics, but they also invented it as early as 480 BC. For the history buffs out there (heh), bodyweight exercises date back to the close of the Bronze Age.

But while the name implies a drive to build aesthetic mass that captured gawking eyes and envy, Greek gladiators relied on calisthenics to prepare for battle.

How the Greeks Trained for War

The first legitimate barbell traces back to 1860s Europe. And, the first-ever dumbbell originated in Ancient Greece some 2000 years ago, a heavy stone with a handle lodged into its side.

But to sculpt the physiques gracing the silver screen in epic movies like 300, ancient gladiators used what they had available to them: their own body’s resistance — or calisthenics.

What then-historian Herodotus believed was a bizarre tribal dance of a weak army was actually the Spartans training without their typical daggers and shields.

Though, these odd movements while preparing for the Battle of Thermopylae looked even sillier to the nosy Herodotus because the soldiers were completely nude.

At the time, training centered around wrestling, boxing, javelin throws, and discus.

Which Calisthenic Exercises Did the Greeks Do?

While it’s impossible to know how the Ancient Greeks trained with calisthenics, we have a pretty good idea of which exercises played a role.

When the Ancient Greeks Started Training

When you picture a modern-day military, you likely envision young, already-in-shape men aspiring toward peak physical fitness amidst a three-month boot camp.

But in Ancient Greece, preparing for battle began during elementary school.

The Greeks were quite fond of physical fitness and aesthetic builds, and so much so that they infused intense “gumnastike” — physical education — in the curriculum.

Young boys underwent half a decade of training, beginning as early as six or seven, building their expertise in everything from boxing and gymnastics to calisthenics and other sports.

By the time they reached adulthood, young Greek men had 10+ years of training under their belts. Now, is it all that surprising that gladiators from Sparta and Athens were what we call “ripped?”

How to Get a Greek God Physique

Building a Greek God physique is still possible in the modern era, opening the door to a muscular, ripped physique to those without gym memberships.

Yet, it’s not as simple as cranking out 50 push-ups a day.

To get a this physique with calisthenics, the #1 thing you need is discipline. Here’s what it takes to build a body like Zeus or Poseidon without a barbell or pulley machine using a specific Greek God workout:

Start Every Workout With a Warm-Up

Warm-ups aren’t some modern twist on old-school training regimens. In fact, the Ancient Greeks were so knowledgeable about anatomy and physiology that they understood warm-up benefits!

Now, if you were a child of the 90s or 00s, you likely remember returning to school one year in September to a sudden PE class change.

Instead of toe touches and butterflies, the class began with jogging, push-ups, and arm circles.

The greater your power, the more you can push your body to its limits, almost ensuring gains.

Evidently, the Ancient Greeks were well ahead of their time, beginning workouts with dynamic warm-ups rather than the now-outdated static stretching.

The Greeks were also quite fond of massages to lead-off workouts.

Now, the Spartans likely didn’t use foam rollers to loosen up the muscles before push-ups and sprints. But, you know what they say: improvise, adapt, overcome.

Tight, sore muscles can be a real gains killer! Roll out those tight spots with 6 inch diameter foam rollers made from expanded polypropylene foam so you can recover faster and get back to your workout

Before you hop into our Greek God calisthenics workout, start with this dynamic warm-up:

(The Greeks also lathered themselves up in oil before workouts to give themselves an advantage while wrestling … you can skip this step for obvious reasons.)

Look Past the Classic Definition of “Calisthenics”

If you furrowed your eyebrows after reading this article’s title, you likely have a good idea of what calisthenics means. Your mind likely immediately darted to push-ups, pull-ups, and sit-ups.

But if that’s all it took, we’d all have been ripped in elementary school while training for the now-done-away-with and mildly torturous Presidential Fitness Challenge.

Let’s bust through the misconceptions.

The concept of calisthenics revolves around mostly equipment-free exercises that rely on little more than your own body weight and gravity.

These now-ancient training sessions focused on:

In other words, don’t feel like you have to do squats, planks, push-ups, repeat!

If you want to increase the intensity even more, a multi-grip pull-up bar and dip station can also help.

Ready to take your upper body to the next level? Do pull-ups and chin-ups safely and effectively with this durable and multifunctional pull-up bar. It’s easy to assemble and attach to any standard door frame.

* HIIT doesn’t always have to be a sprint/jog cycle. Any high-intensity exercise will do, whether that’s battle ropes, squat jumps, rowing, burpees, or whatever floats your boat.

It can also help shred 28.5% more fat mass than standard cardio, according to 2019 research.

Day four is where we ease into the functional training aspect of calisthenics. On this day, you’re free to do:

On your days off from training, give your muscles and joints some time to recover.

Knowing When to Turn It Up a Notch

It might sway outside of the classic Greek training guidelines, but adding resistance to your calisthenic exercises can further improve strength gains and mass.

When you’re hitting your 15-rep goal or cranking out 30 squats in a minute, you have two options to either add mass or boost your stamina: add weight or add reps.

We’re focusing on an aesthetic Greek God physique here, so your options would likely be:

Think … how can you add more resistance without adding in modern-era lifting practices?

You can also turn it down a notch if you’re still building foundational strength. For example, if you can’t do a regular pull-up just yet, using a resistance band can naturally reduce the resistance.

Premium quality resistance bands for training almost anywhere. Combine different bands to give different levels of resistance. Plus a 100% satisfaction guarantee with a 90-day warranty.

End Each Workout With a Cool-Down Stretch

After a gentle warm-up and a sweat-inducing, muscle-shaking workout, the Greeks were also fans of post-workout cool-down sessions. Let’s be honest: you probably skip these on your way out.

In Ancient Greece, the cool-down took on three steps:

The cool-down doesn’t have to be some huge production either. Just build in an extra 5–10 minutes after your workout to return to baseline.

At rest, your breathing rate should hover around 15 breaths per minute, about ⅓ of what it might climb to during a tough calisthenics workout.

Along with ramping up the air traveling in and out of your lungs, cardio and strength training will pump your heart rate to 170 and above.

Then, either hop in the shower or massage your muscles with the foam roller again.

Again, don’t hold these stretches for two seconds before tapping out. Make sure you really feel the stretch (without hitting a point of pain) and hold stretches for 15-30 seconds.

Building a Greek God physique will also require some effort in the kitchen.

Both vegetarian and meat-eating diets were popular around the fifth century BC, though for some reason, it was frowned upon to eat fish for a while.

An aesthetic physique means thick and dense muscle, meaning about 0.8g of protein per pound of body weight per day is ideal.

If your appetite isn’t the strongest, whey protein powder can help.

This is one of our top recommended whey protein powders because of it’s high protein content per serving, extreme deliciousness, and the fact that all Swolverine products are sourced from GMP-certified facilities

Your body also craves extra calories while pursuing muscle mass. Calculate your TDEE and add about 300–500 extra calories to help you pack on some pure lean mass in the next few months.